A “March for Black and Brown Lives” event is being planned in Redwood City this Saturday, June 12.

The march is set to start at Courthouse Square, 2200 Broadway, at 11 a.m., according to the Facebook event page.

The march is being held one year following large marches and rallies in Redwood City and San Mateo to demand justice over the killing of George Floyd by Minneapolis police, among other high-profile examples of police brutality against minorities.

“One year later, we ask, what’s changed?,” organizers of this weekend’s march state. “Since last year, our county has taken incremental steps forward, but is nowhere close to achieving the accountability, justice and protection our communities continue to demand.” 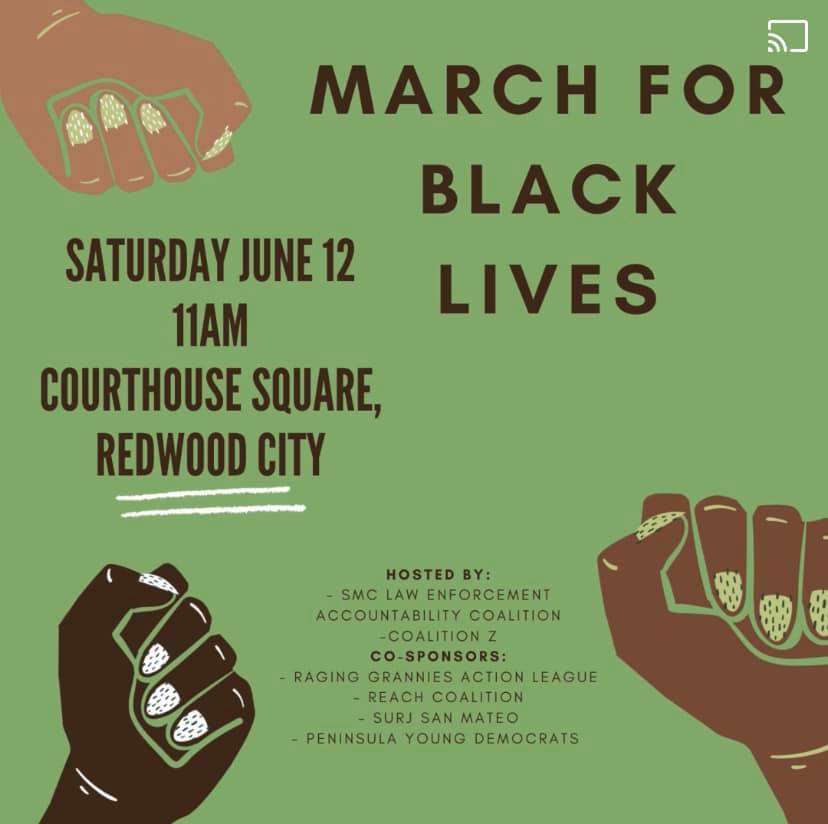