Redwood City police arrested a suspect today in connection with the armed robbery of Adriana’s Joyeria jewelry store on July 13.

Angel Veragaleana, 27, was arrested after police served multiple search warrants in Redwood City and Menlo Park, police said. Veragaleana was arrested at one of the sites on suspicion of armed robbery, possession of a stolen firearm, brandishing a firearm and burglary.

The suspect reportedly entered the jewelry store at 2315a El Camino Real with a black semi-automatic pistol, threatened a victim with the firearm and demanded the safe and items from the display case, police said. As seen on video surveillance camera footage inside the store, according to police, the suspect pointed a semi-automatic pistol at a victim, and even racked the pistol and attempted to pull the trigger. The gun appeared to malfunction, ejecting two live rounds. The suspect then smashed the glass counter top with his right hand and ran out the door, police said.

The suspect entered an orange, newer-model Toyota Tacoma at Hancock Ave. and fled the area.

While serving a search warrant at Veragaleana’s residence, police found a “stolen Sig Sauer pistol.” A second firearm determined to be a “ghost gun” was located in the carport of the residence,” police said. 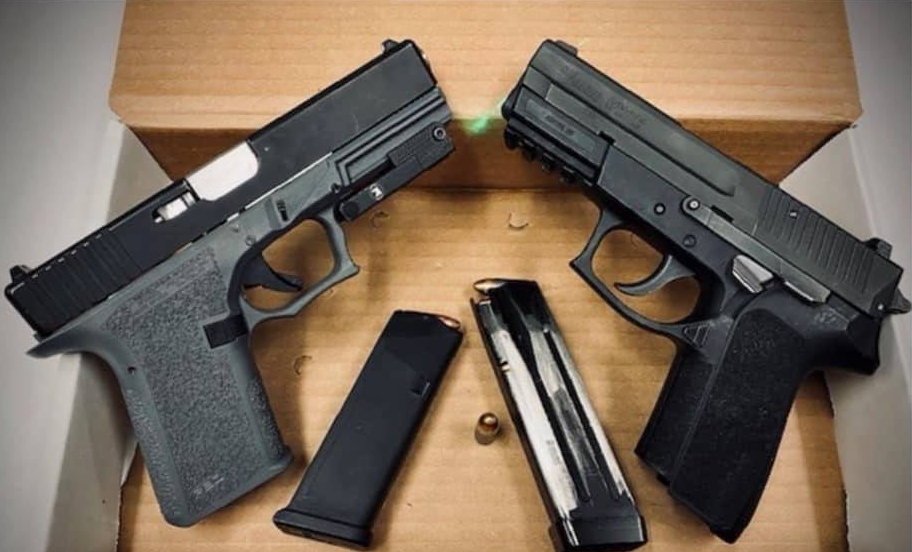