Donations are being sought for an effort in San Mateo to install the Central Park Fallen Heroes Memorial.

The memorial will be made up of seven reflective stainless-steel monuments with engraved names that when viewed from one specific point will unite to resemble a red poppy, which became a national emblem of remembrance in 1920, according to city officials.

“Flush-mount lighting at the base will illuminate the names engraved on each monument,” the city said, adding, “Two granite benches will offer viewers a place to sit.”

The San Mateo City Council directed that a memorial honoring military, police and fire officials from the local community who made the ultimate sacrifice during their service be added to the Central Park Master Plan. An 11-member steering committee comprised of council members, veterans, retired police and fire representatives, community members and city staff assembled to develop the memorial’s concept.

The design was approved by both the Parks and Recreation Commission and City Council.

The memorial’s preliminary construction cost is about $300,000, of which City Council committed $50,000. Much of the cost, however, is anticipated to be garnered through fundraising. 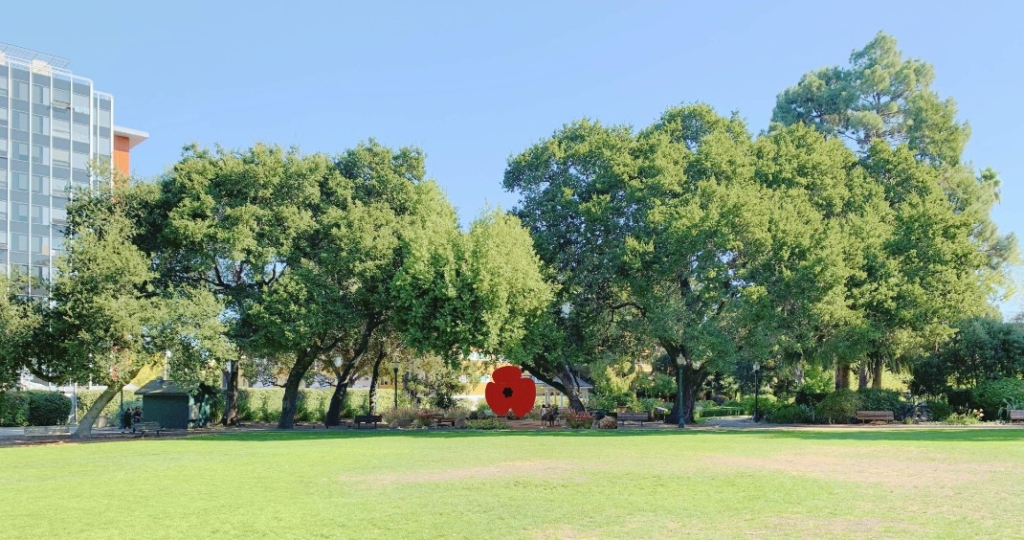 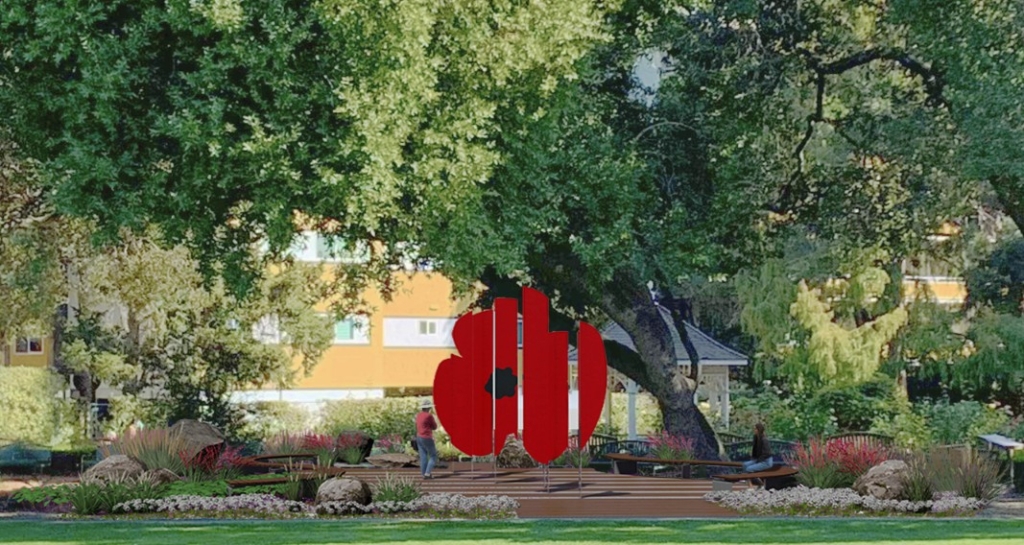 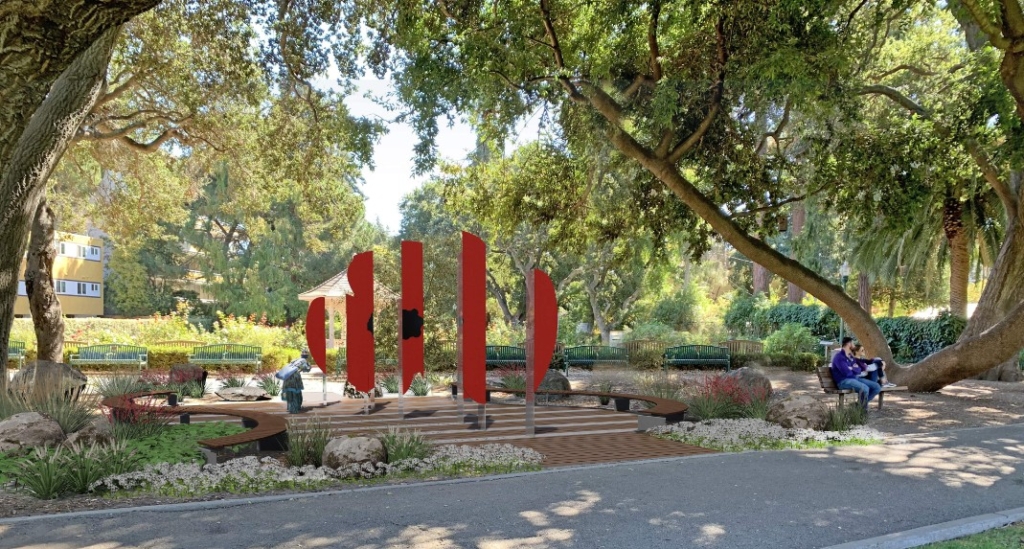 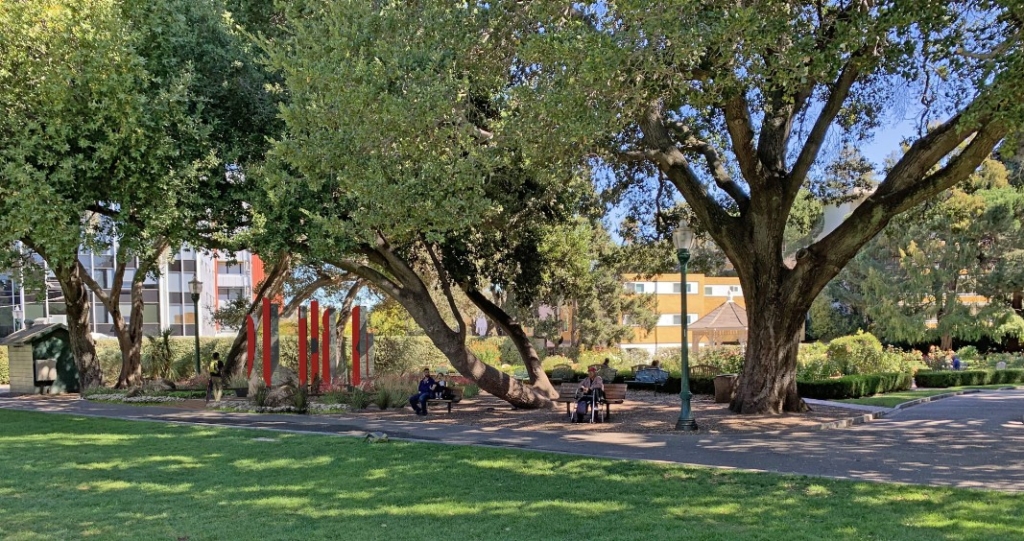 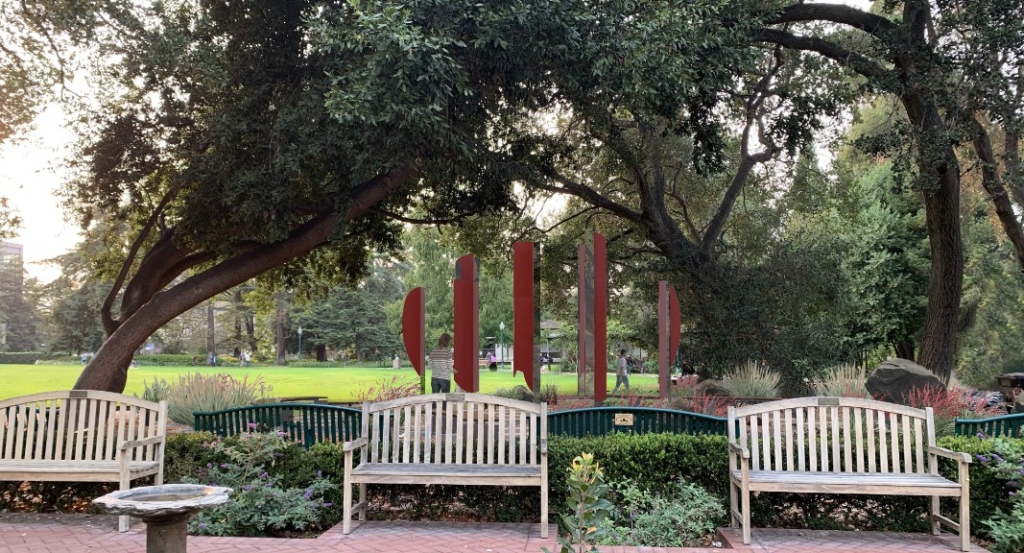