A juvenile suffering from a mental health crisis threatened to jump out of a moving ride share vehicle into freeway traffic in Redwood City Friday morning, but officers who responded to the scene managed to calm the juvenile down until an ambulance could arrive, according to the Redwood City Police Department.

The incident was reported in the Fire Dispatch incident logs as occurring just before 9 a.m. on U.S. Highway 101 at Whipple Avenue. Redwood City police along with California Highway Patrol officers responded to the scene.

“Officers arrived on scene and quickly determined the involved person was a juvenile who was in the midst of a mental health crisis and was actively trying to exit a ride share vehicle, into freeway traffic,” police said. “Fortunately, the officers on scene were all trained in advanced crisis intervention techniques (CIT) and were able to quickly diffuse the situation by calming the juvenile down until an ambulance could arrive.”

No one was injured and the juvenile was transported to the San Mateo Medical Center’s Psychiatric Emergency Services for treatment. 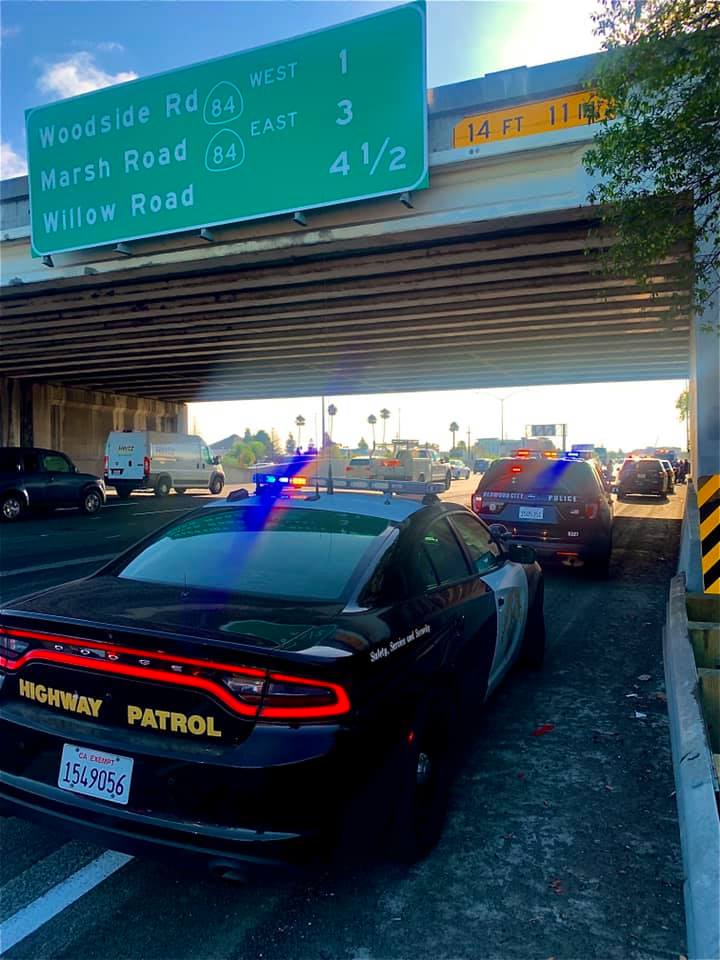