Housing affordability “deteriorated” for all Californians last year, due in large part to double-digit home price growth during the COVID-19 crisis, according to the newly released data by the California Association of Realtors (C.A.R.).

From 2020 to 2021, the number of Californians who earned the minimum income needed to afford the statewide median price for a single-family home dropped 2 percent to 26 percent, C.A.R. reported.

A household aiming to purchase a single-family home for the median price of $786,750 last year would have needed a minimum annual income of $144,400, said C.A.R. Assuming a 20 percent down payment with a 3.16 interest rate, monthly payments on that home would be $3,610.

“The significant difference in housing affordability for Black and Latino households illustrates the homeownership gap and wealth disparity for communities of color, which could worsen as rates rise further in 2022,” said C.A.R.

“Promoting access to homeownership is one way to close the racial wealth gap and foster economic equity for all Californians, and that’s why C.A.R. is committed to addressing ongoing fair housing and equity issues that persist in our state that have made it harder for Blacks, Latinos and other underserved communities to access and afford housing,” Catrina said. 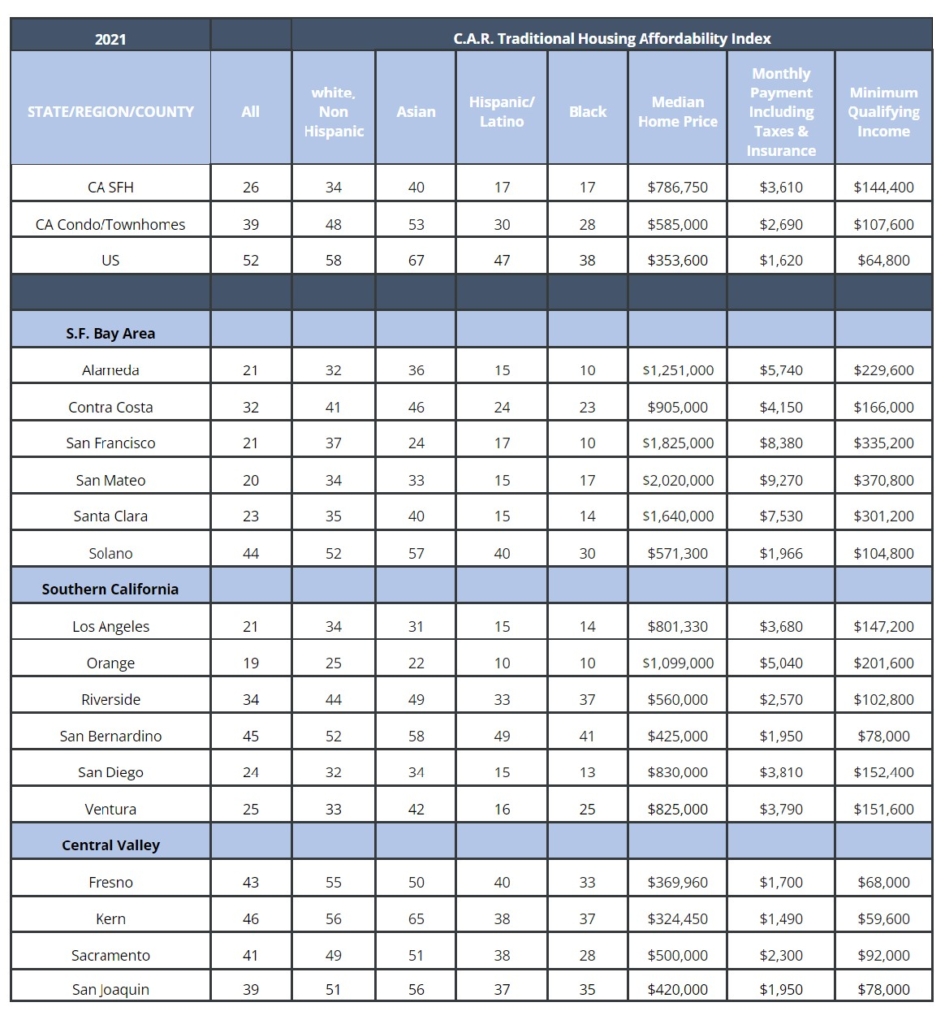 The San Carlos Art & Wine Faire will return to downtown San
All indications are that Bay Area residents are feeling dissatisfied about their
Once again, the Historic Union Cemetery and Gaspar de Portola Chapter Daughters
A pair of Peregrine falcons have nested high up on the front
The Zoppé Italian Family Circus is returning to Downtown Redwood City on
Go to Top