A driver involved in a solo vehicle rollover accident in Redwood City is suspected of driving under the influence of alcohol, police said.

Officers responded to the intersection of Seaport Boulevard and Hinman Road about 5:49 p.m. and found the vehicle on its side, and the driver standing nearby, police said.

“The driver displayed signs and symptoms of being under the influence of alcohol,” police said.

Due to his injuries, he was transported to a hospital. 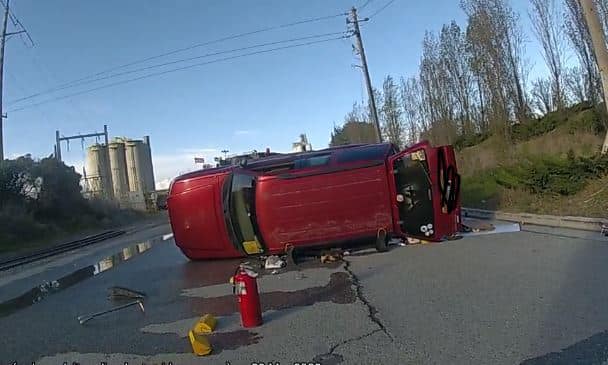