A smart parking system expected to be fully operational in Downtown Redwood City as soon as this summer aims to prevent drivers from aimless searches for spaces while reducing emissions from idling vehicles.

In December, Redwood City’s council voted to award a contract to Cleverciti Systems Corp. to install and operate the system which tracks parking availability via sensors and relays that information to the public via digital signs, mobile apps and websites.

Cleverciti recently blogged some details about the project. The upcoming system will include 23 360-degree floating LED signs “affixed to existing infrastructure such as lamp posts,” which will display live parking information in 360 degrees, directing motorists to available parking as they arrive at their destinations, according to Cleverciti.

The system “will be applied to 400 on-street spaces, seven surface lots, 11 garages, totaling over 4,500 parking spaces within the city,” the company added.

The project, a partnership between the Redwood City Improvement Association (RCIA) and city, is expected to cost about $904,000 up front, with the city incurring an ongoing monthly charge estimated at about $18,000, according to city documents. 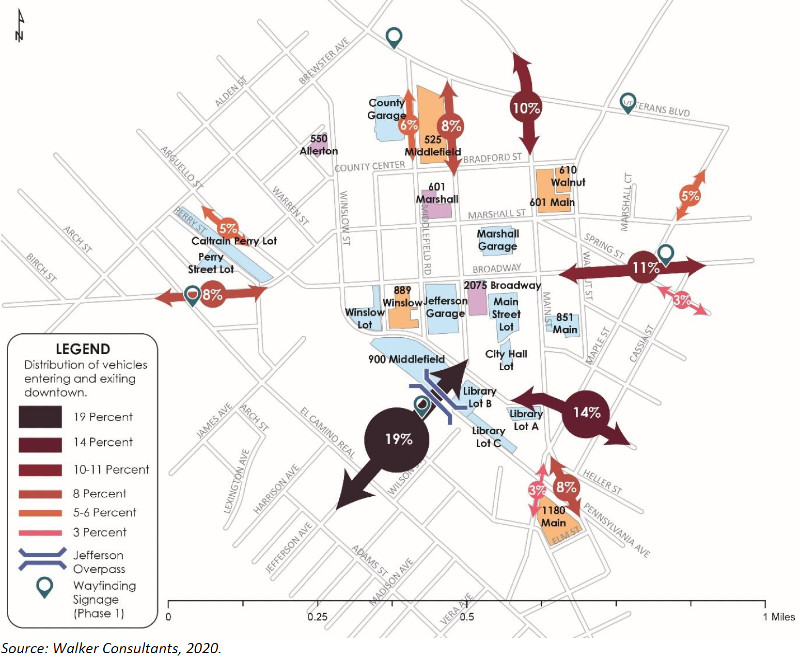 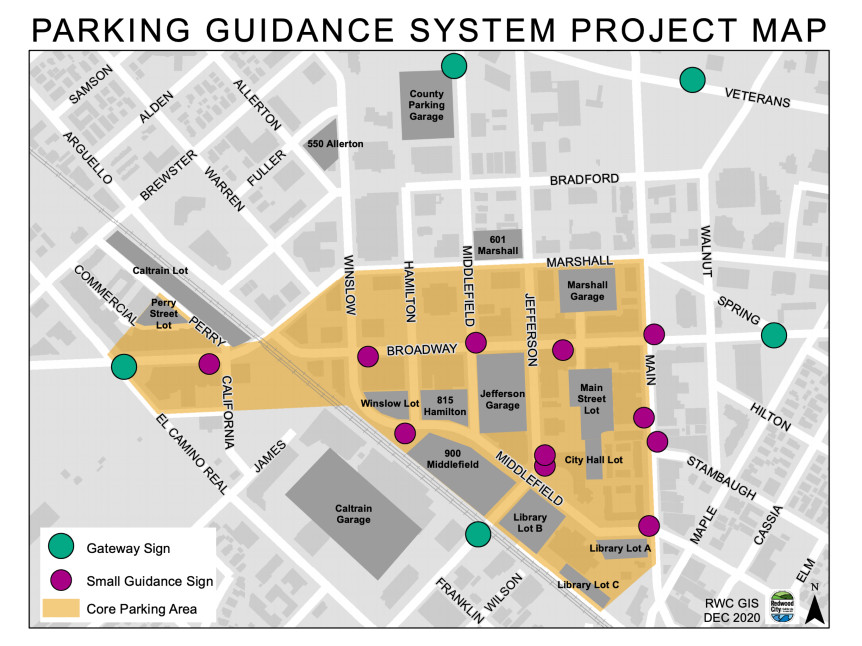