An enthusiastic crowd turned out Friday morning in Redwood City to celebrate the start of construction of a new Veterans Memorial Building and Senior Center. Planning for the project dates back to at least 2009, but if the gratification wasn’t exactly instant, nobody seemed to mind.

“We started this a long, long time ago when I couldn’t even fathom being a senior,” Senior Affairs Commission Vice Chair Jodi Paley told the audience gathered for the July 16 groundbreaking. She’s now 60. Depending on how it’s defined, she said laughing, “I may be a senior. I may be on the cusp of senior-hood.”

The modern 45,000-square-foot Veterans Memorial Building/Senior Center will be built between 1455 Madison Ave. and 711 Nevada St. and include a 290-seat theater, a catering/demonstration kitchen, multi-purpose rooms, a mini gym with two pickle ball courts and a rooftop garden and walking track. Among other elements of the project, there will also be an adaptive physical education facility, as well as exhibits recognizing the city’s veterans and the NFL Alumni organization.

This is the first phase of a project which will eventually incorporate the Sequoia YMCA and its new facilities, which will include an indoor/outdoor pool. 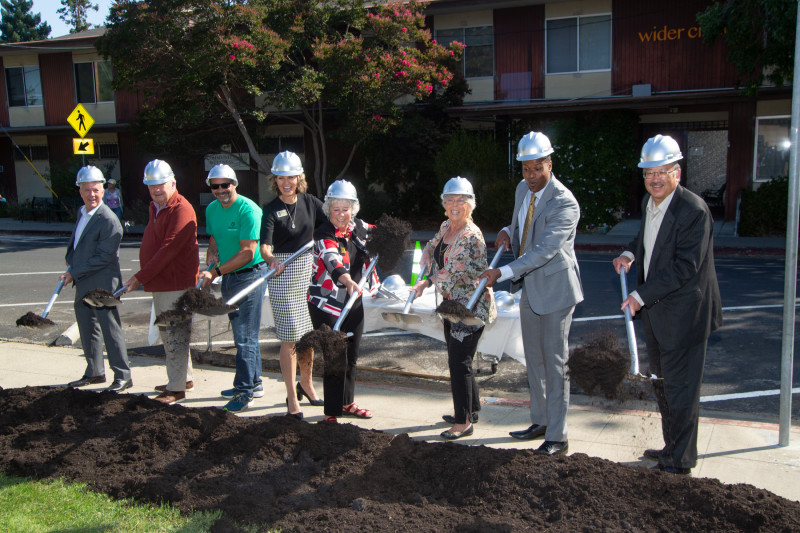 The senior center construction will take about two years, with occupancy anticipated by July 2023. The existing senior center, Sid Herkner Pool and the old San Francisco 49er buildings will be demolished, but senior programs and services will continue during the Phase 1 construction, according to Chris Beth, the director of parks, recreation and community services.

Thompson Builders Corp. of Novato is the contractor for the $51.1 million construction project.

Mayor Diane Howard told the crowd that, although planning for the project officially goes back to 2009, council members had been considering upgrading multiple facilities on the senior center campus before that.

With the YMCA’s participation, there will be year-round access for indoor and outdoor aquatics, plus child care.

“Redwood City found a unique and willing partner in the Sequoia YMCA,” she said. “Working together we’ll be able to leverage the expertise of both the city and the YMCA and build new state-of-the-art facilities serving our veterans and seniors, who we believe deserve the very best, and also to serve the community at large.”

City Manager Melissa Stevenson Diaz expressed her delight at seeing work begin “on this beautiful and efficient and welcoming and innovative facility for our seniors who have been patient over a long time, for our veterans and for our entire community. It’s taken over a decade of dreaming and deliberation and drawing and redrawing to get us to this point and a lot of hours of work together to imagine and think about what we could have for our future.”

The city manager noted that the project was mid-way through more than a decade of planning when she came to work for Redwood City, and she thanked City Councils past and present, as well as Beth, for their commitment to making it happen. Many of those elected officials were on hand, and once the remarks were over, they—and others in the audience—grabbed a hard hat and shovel to join in the ceremonial dig. 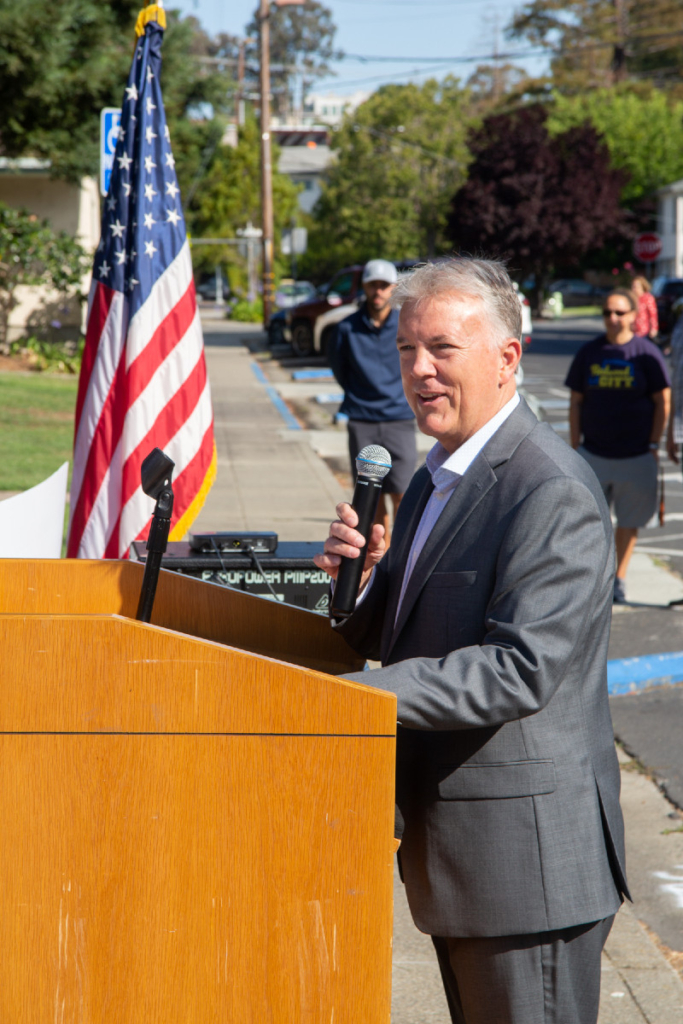 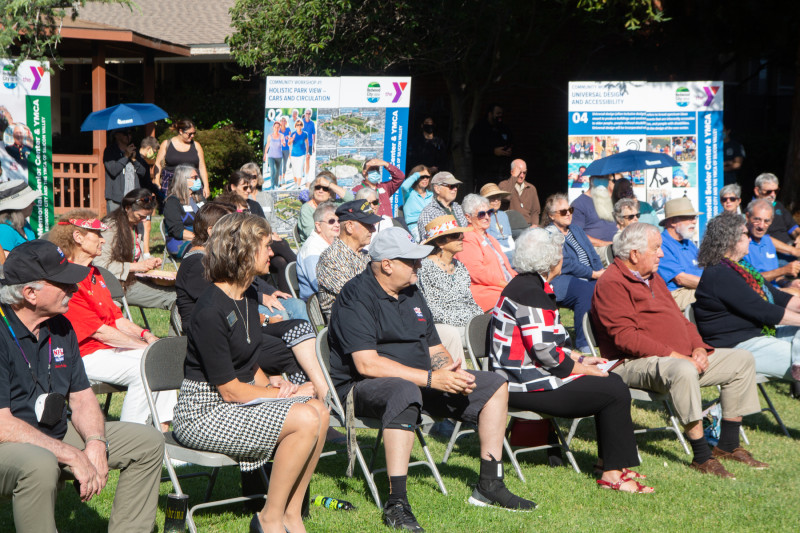 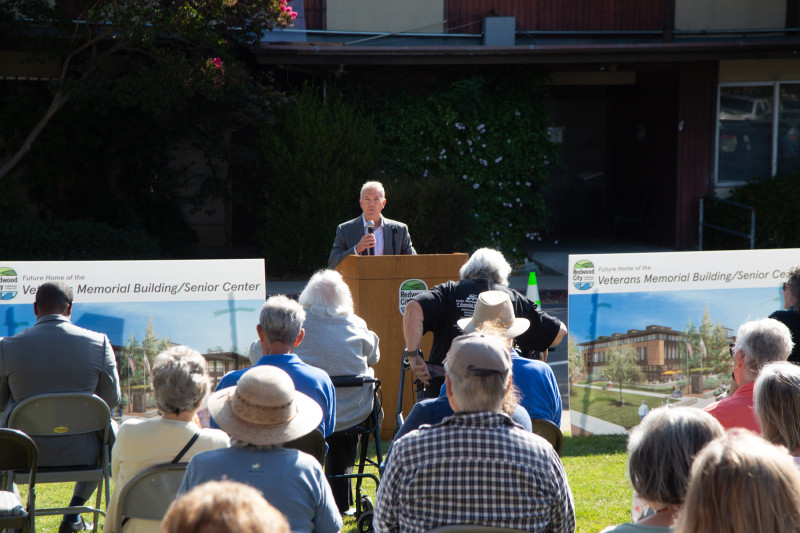 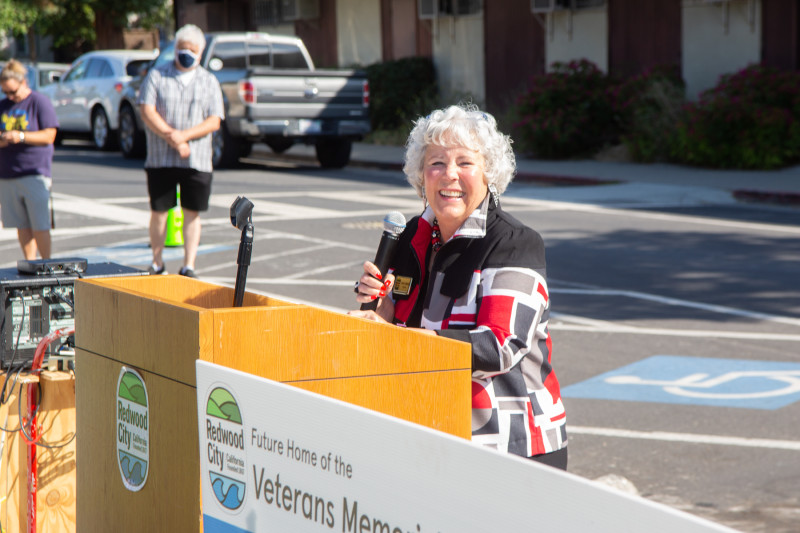 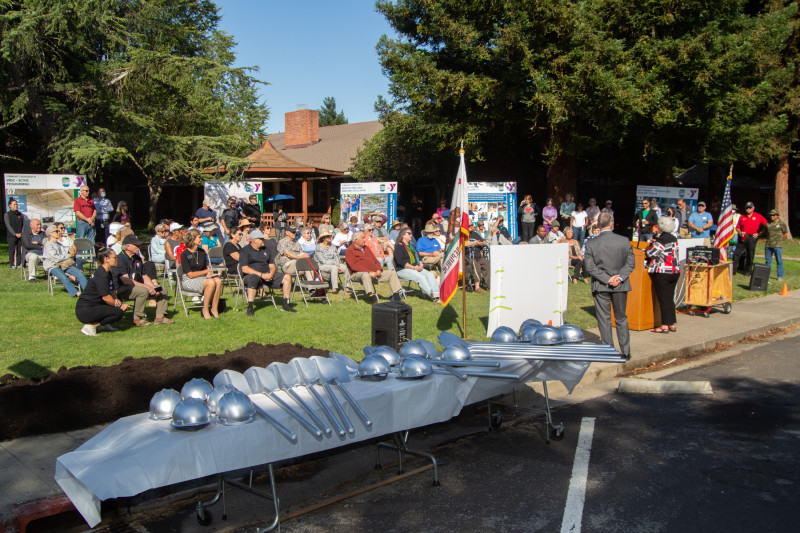 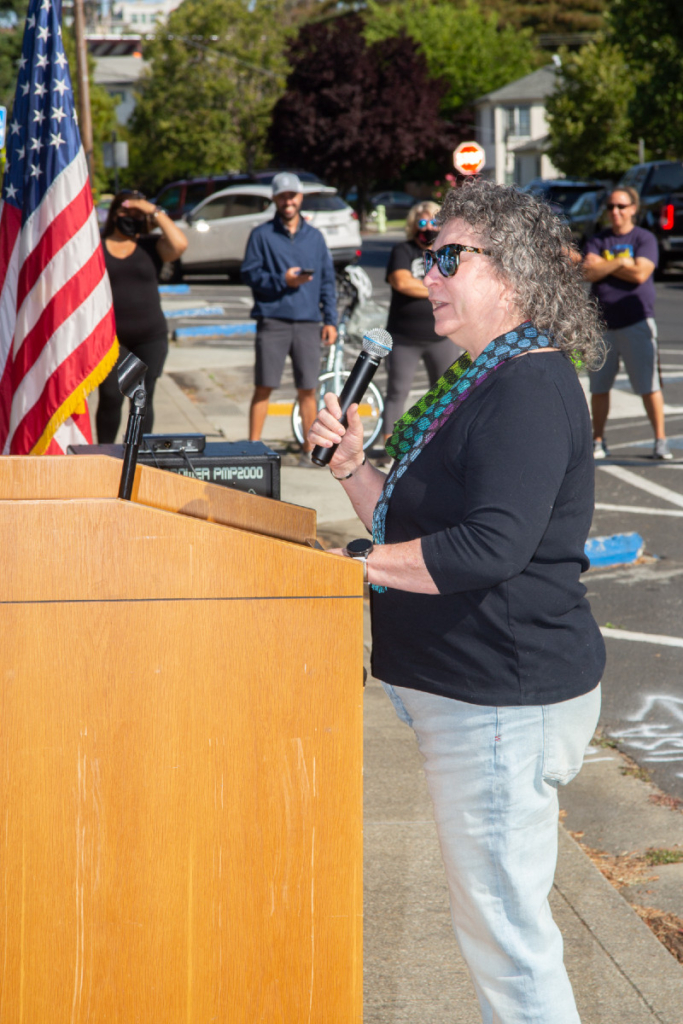 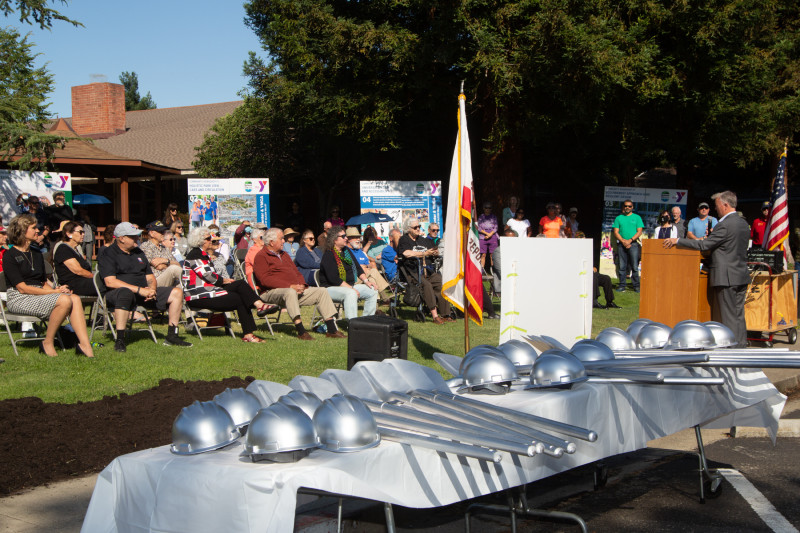 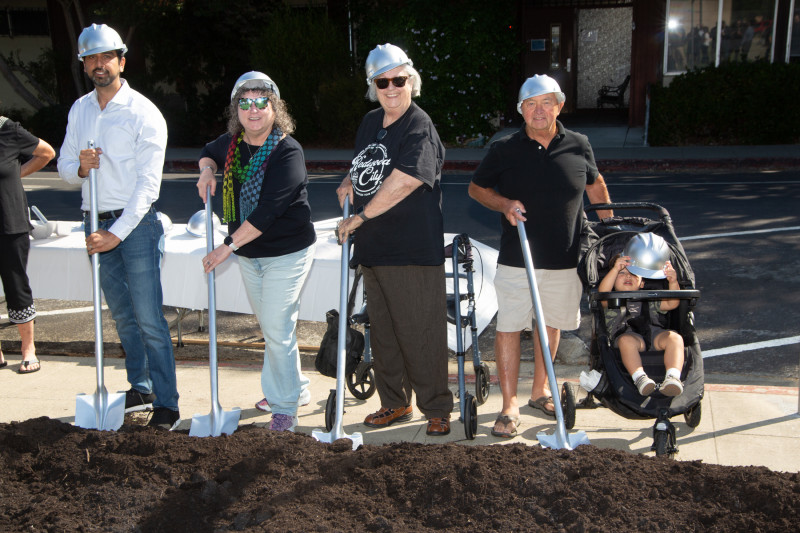 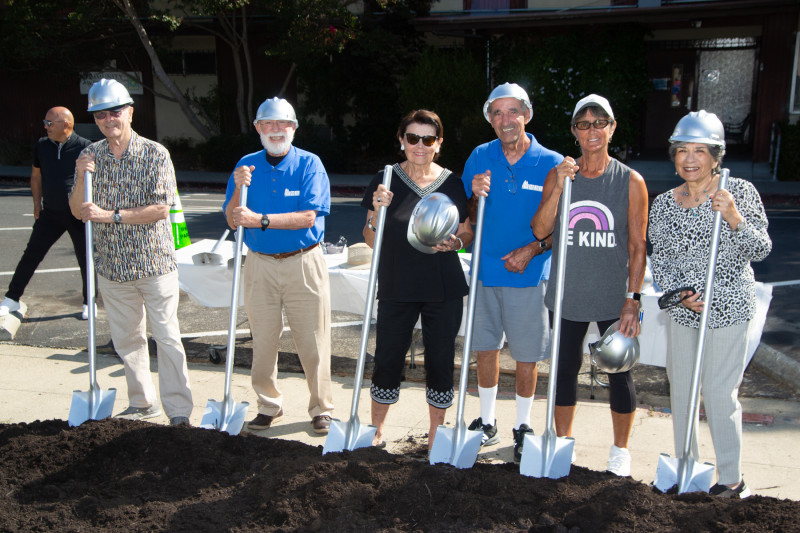 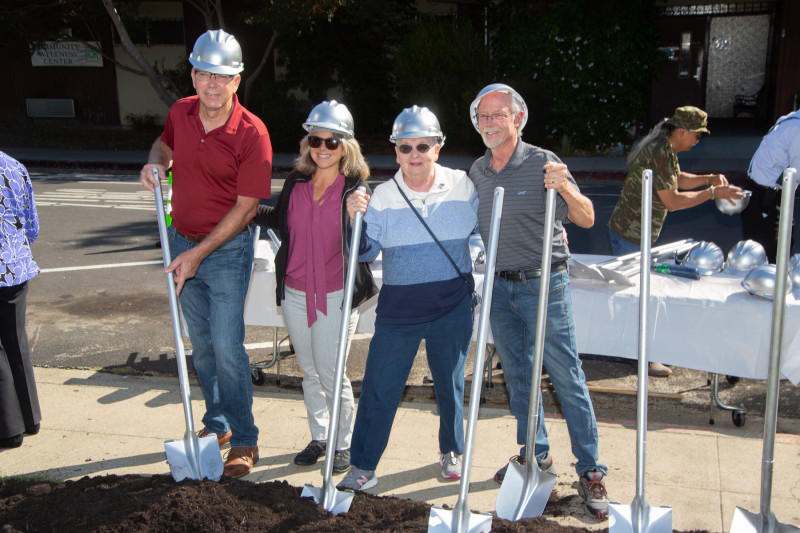 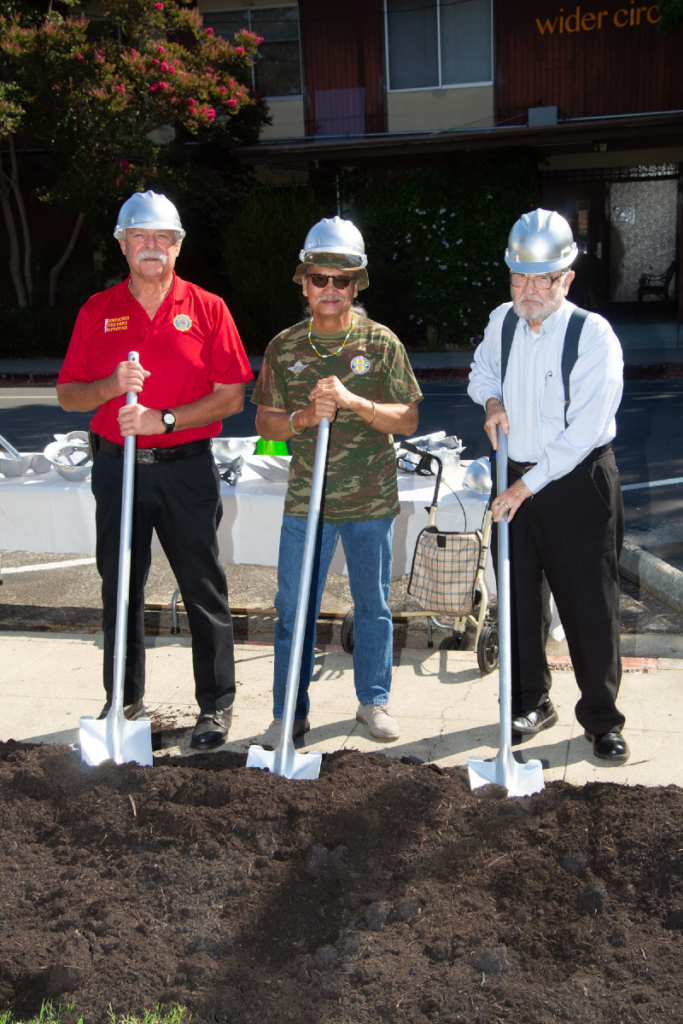 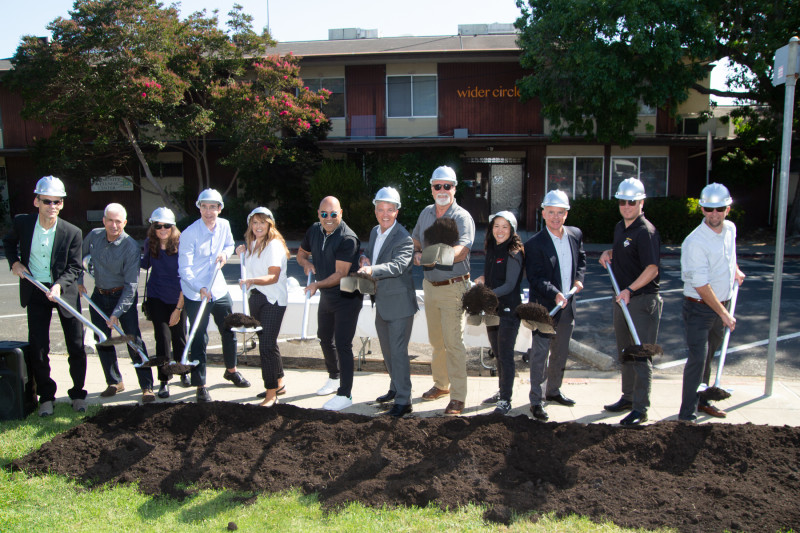 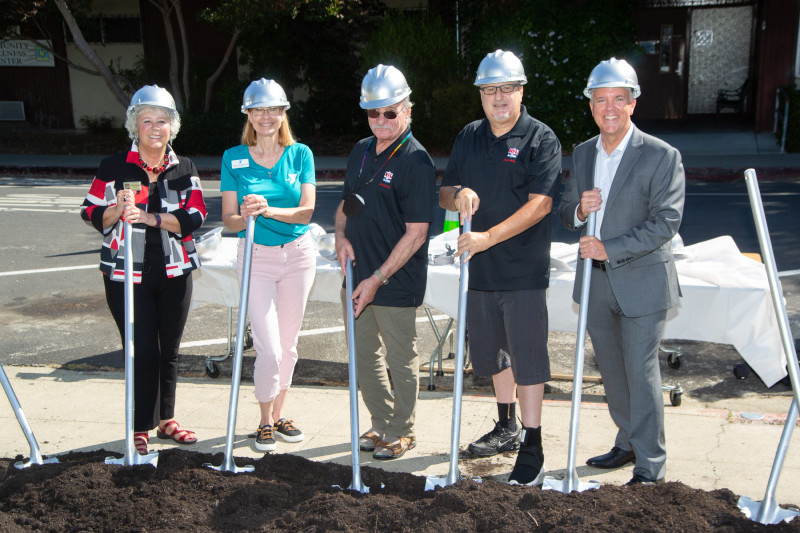 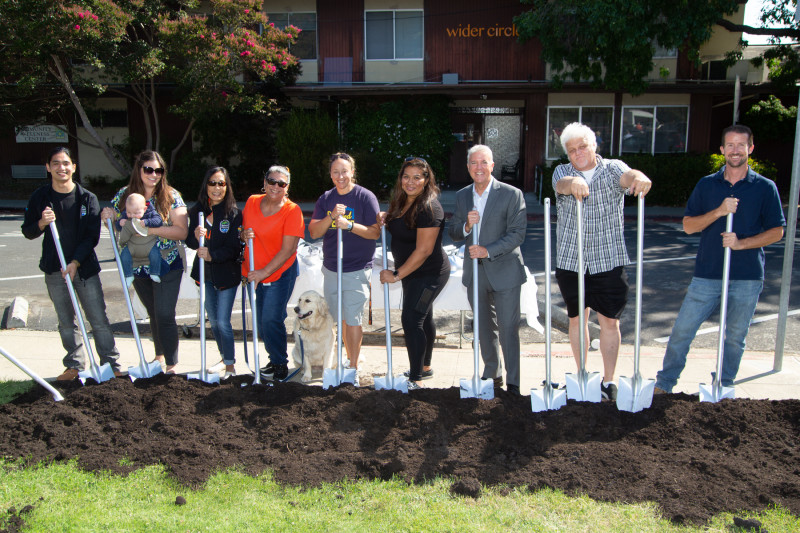