A gun buyback event in San Carlos on Saturday resulted in the collection of 425 guns, including six assault weapons and three ghost guns, according to the San Mateo County Sheriff’s Office.

“All of the weapons were turned in anonymously and completely voluntarily for cash and will now be destroyed,” the Sheriff’s Office reported. 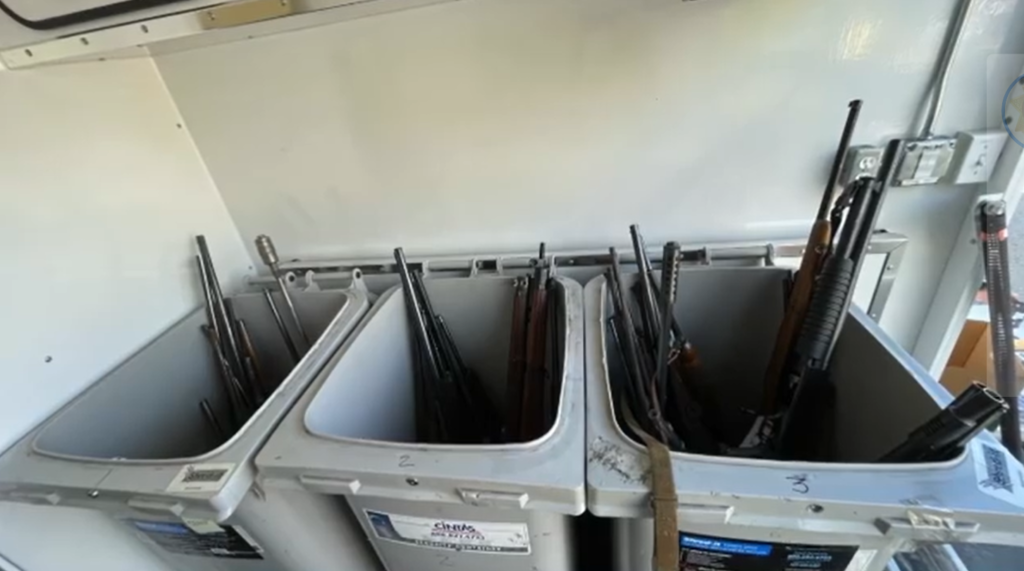 Individuals at gun buyback events can turn in firearms to law enforcement, with no questions asked, and receive $100 per handgun, shotgun and rifle and $200 per assault weapon, the County said. Participants can keep the cash or donate it to selected nonprofit organizations.

In a statement, Supervisor Dave Pine said gun violence remains “an ever-present danger” in local communities and that taking guns out of circulation coupled with “strong local safety policies” can reduce the prevalance and availability of guns. Supervisor Don Horsley added that two thirds of gun deaths in the U.S. are suicides.