“The next highest number of exams completed was 229 total forensic exams with 31.22 TB’s of data,” police said.

Two special agents of the U.S. Secret Service visited the SMPD to present Bingham with the Forensic Partner Award.

Bingham was hired by the SMPD in 2015 to assist with the increasing number of digital devices collected as evidence.

“Computers and other electronic devices are now facilitators of criminal activity,” police said. “The information they yield is immense and are likely able to provide investigators critical information such as a subject’s whereabouts, their intent, relationships to others, as well as actual evidence of a crime depicted in photos, videos and the like.” 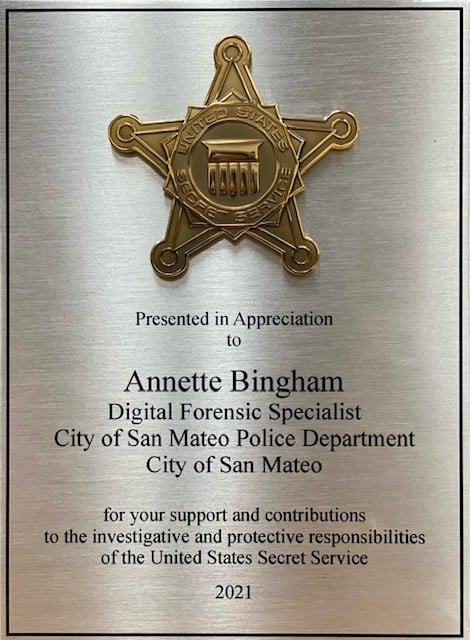