Speed humps are coming soon to a number of Redwood City streets as part of a traffic calming project.

On Monday, the City Council approved a contract of up to $605,550 with R & M Paving Contractors, Inc. to install speed humps on these five two-lane streets:

City staff said they worked with the Fire Department on the project and surveyed residents who expressed support for adding speed humps, adding that speed humps are “the most effective and cost-effective” traffic calming measure available for two-lane streets. Speed humps on Redwood Ave. also received resident support, but that project will be accomplished in coordination with other projects on the corridor, city staff said. 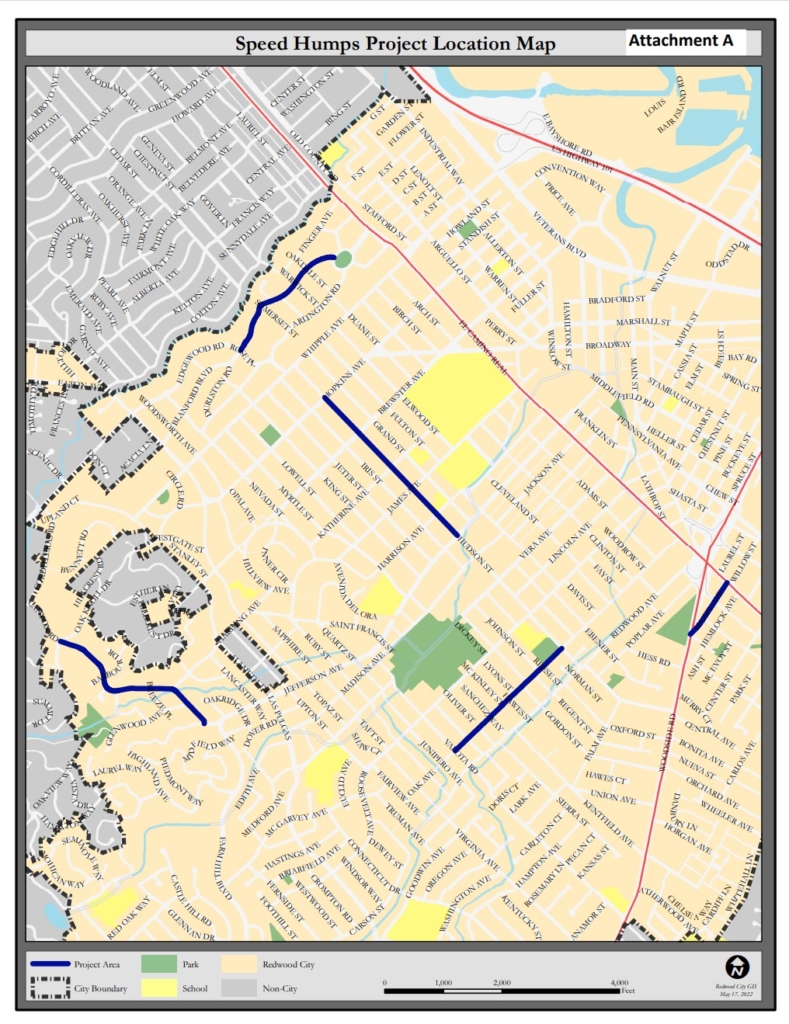